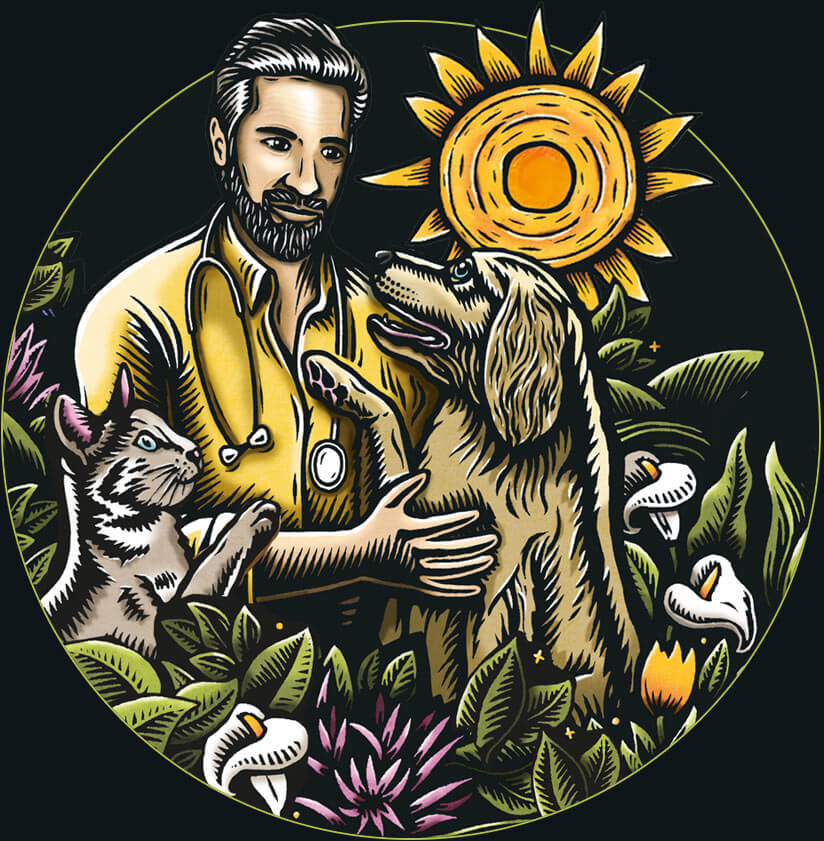 To carry out any first aid procedures you will need a first aid kit containing:

How to react if your dog gets injured

It is important to put a muzzle on the dog (before attempting to attend to its wounds) given that it may bite due to being in severe discomfort or pain. Never use a muzzle if your dog is vomiting or having difficulty breathing. If you don’t have a muzzle, you could use a scarf, a dishcloth or a bandage as a substitute: wrap the bandage around its snout and tie it in a knot under its chin. Then wrap the bandage around its ears and tie it in another knot.

How to move your dog

If you think that your dog has an internal injury, carefully place it on a board, blanket, jacket or something similar to act as a makeshift stretcher. If the dog has minor injuries, you can transport it by laying it across one arm to support its hind legs, belly and chest; use your other arm to support its head and neck. If the dog is bigger, bend down and wrap one arm around its hind legs and scoop it up into your arms. If you have to take the dog to the vet’s by car, it is a good idea to have somebody go with you to hold the dog while you are driving.

How to bandage your dog’s wounds

Put a piece of sterile gauze (moistened in cold water) on your dog’s wound and wrap a bandage around the gauze; use a sticking plaster to hold the gauze and bandage in place until you get to the vet’s surgery. Cotton wool should never be used directly on an open wound as pieces of cotton from this could be left behind after the cotton wool is removed.

How to spot problems and what to do in cases of…

Don’t forget that these First Aid tips are only makeshift until you get to the vet and get your dog checked out properly. They should not be taken as a definitive treatment or remedy.

Your dog’s symptoms can range from runny eyes, itching around the eyes, a puffy face or sneezing and may even include respiratory problems, collapsing and loss of consciousness. If the allergy seems to be getting worse the dog should be taken to the vet immediately.

If your dog is losing a lot of blood it may become unconscious. To avoid this from happening, and to prevent any further loss of blood, wrap a bandage around the wound. If the bleeding is excessive or if it does not stop even after putting on a bandage, the dog should be taken to the vet as soon as possible.

If you notice that your dog is panting, that it is making a noise when breathing or has any other symptoms such as a blue tongue, it should be taken to the vet without delay.

Check to see if the fracture is bleeding and try to immobilise the dog. If you have to lift it and move it far, make sure that the fracture is wrapped in cotton wool; use a stick, a rolled-up newspaper or something similar to wrap around the dog’s leg or paw to prevent it from moving and carefully wrap a bandage around the affected area.

If your dog has received first degree burns, which means reddened skin and a singed coat, dab on a special pomade for burns. If the burns have been produced by a chemical product, wash the skin with plenty of water for 10 to 15 minutes before taking the dog to the vet.

In the event of your dog choking, the best thing you can do is take it to the nearest emergency veterinary clinic immediately. Never try to carry out a recovery procedure if you do not know how this procedure is properly done. What you can do, for example, while you are taking your dog to the vet, is position the dog with its head facing upwards for ten or fifteen seconds and see if this helps.

In the event of your dog biting through an electrical cable or being electrocuted through getting an electric shock from a plug or an electrical appliance, the first thing that you should do is turn off the electricity at the mains as quickly as you can. Then separate the dog from the source of electrocution without touching it directly; look around you for a stick or something similar that you can use for this purpose. It will probably have severe burns; this could be very serious and may lead to respiratory insufficiency or other conditions. In all events, the dog should be taken to the vet as quickly as possible.

If you see that your dog has something in its eye or that it is trying to scratch its eyes, the first thing you should do is prevent it from hurting itself further through trying to get it out by itself. Do not try to remove anything the dog might have in its eye yourself as this could lead to you causing further injury. Take the dog to the vet.

It is not unusual for parts of a dog’s body to become frozen in severe cold weather; this applies to the pads on the dog’s paws, the paws themselves, ears or tail. If you see that your dog is in pain, that its skin has become red and shiny, move it to a warm place as quickly as possible, covering the frozen parts with a cloth moistened in warm water. After a short while, moisten the cloth again in warm water and put it on the affected area until you see that the skin has regained its normal appearance. After carrying out these urgent measures, take the dog to the vet to make sure that no serious injuries have been caused.

Dogs do not regulate body heat through perspiration, given that they have very few sweat glands; they can only bring their body temperature down by panting. In a hot and unventilated environment, a dog’s body temperature can increase excessively, so these situations should be avoided. If your dog is panting heavily or if it has a high fever and collapses, try to lower its body temperature by submerging it in cold water up to its neck or hosing it down with a garden hose for about ten minutes. You could also place some ice on the dog’s head and as soon as its temperature starts to come down, take it to the vet.

Although the symptoms of poisoning will vary depending on the poison that is ingested, you should check to see if the dog’s coordination has been affected, if it has severe vomiting or diarrhoea or if it is agitated or having convulsions. In any of these circumstances, you should call your local Toxicology Service or vet; they will need to know the substance that has caused the poisoning so it can be properly treated. You should never attempt to make the dog vomit unless otherwise instructed to do so by a vet, as some poisons have a worse effect when vomited. Contact your vet immediately for advice and if you have the bottle or container that the poison was in, take this along with you.

A state of shock is produced when the body reacts to something unpleasant. The blood flow to the brain and other vital organs is reduced, making this a very dangerous condition. An increase in heart rate and breathing is produced, with the gums becoming pale and turning cold. In the event of this happening, raise the dog’s hind legs so that they are slightly higher than its head, wrap it up in warm clothing or a blanket and take the dog to the vet immediately.

If your dog has swallowed something that it cannot digest, do not try to make it vomit as this could cause more serious injuries. Take the dog to the vet. 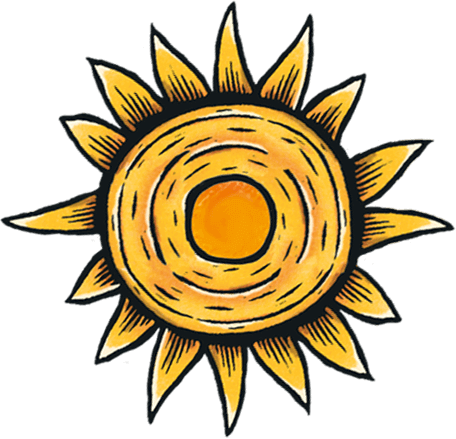